The Kitchen Is Always the Heart, by Sacha Gray 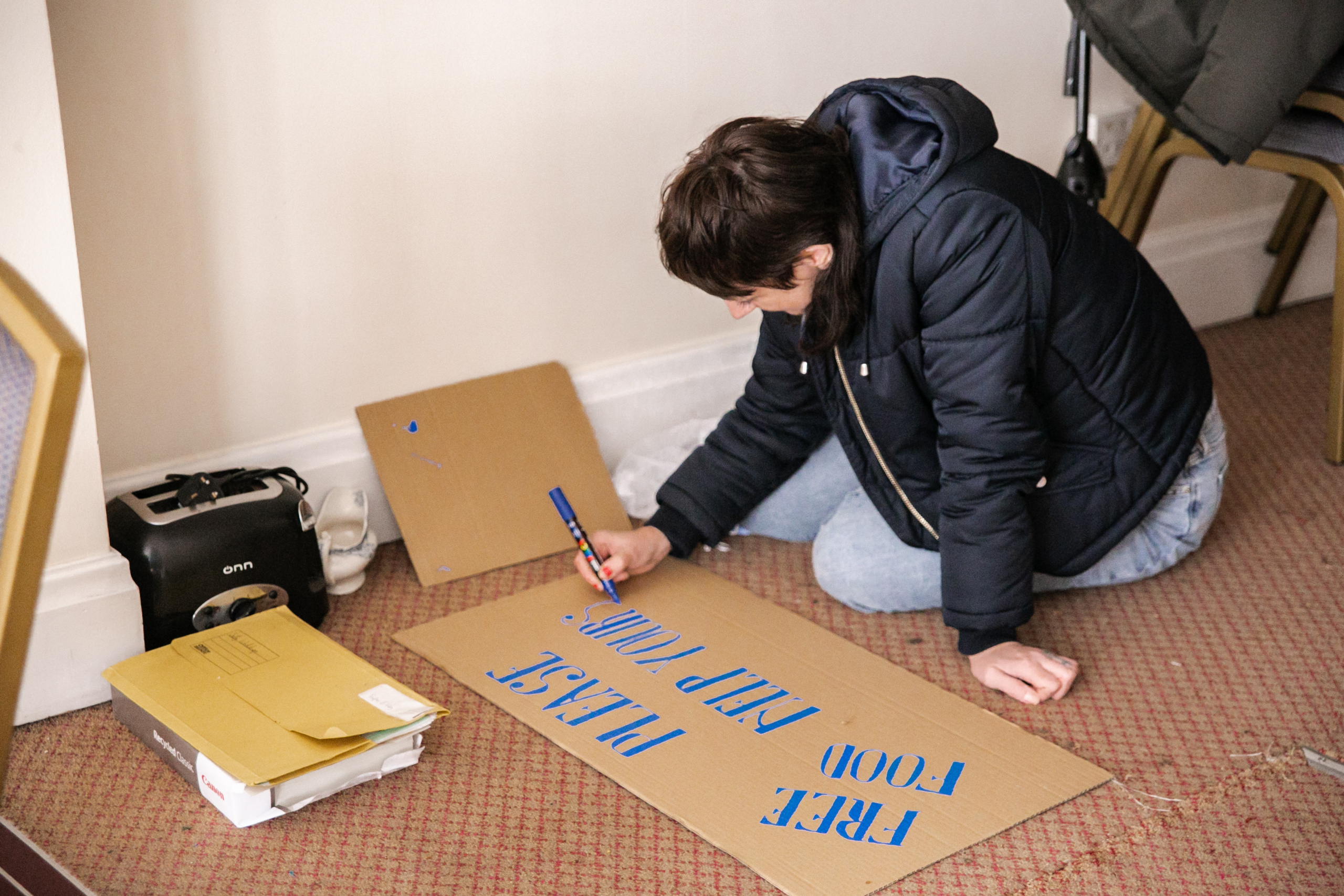 Posted at 09:21h in Uncategorized by Bare Project
Share

The Kitchen Is Always the Heart is the name of the project created and delivered by The Bare Project, a theatre and interactive arts company as part of The People’s Palace Of Possibility. 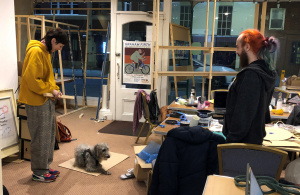 I  knew a little of The Bare Project before I started hanging around these guys as they brought their kitchen and collection of stories and ideas of a utopian future to life in the space at 60 Hallgate, the ArtBomb. I had signed up to be a Palace Citizen in The People’s Palace of Possibility during lockdown as their project had moved online and via the post. I was intrigued then by their unique way of engaging and quirky design of paraphernalia that arrived through the letterbox. It was fun and exciting and I shared the experience with the group of kids that I worked with at the time.It was really interesting to see that the kids had never really been asked the question “what is a fairer, kinder future and how could we make this happen?” Or maybe it’s not that they hadn’t been asked that question but more likely they hadn’t been given the space to really explore and discuss or been sincerely listened to and heard? 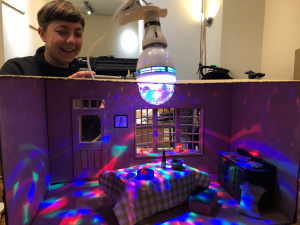 So when I learned there was r another phase of this project at the Artbomb shop I was really excited to meet the team in person. They arrived, I hung around a little and watched as they built the install into the shop window. The team welcomed me and I listened to them as they worked things out and supported each other if needed. I was part of their check-ins each day as we sat with a cuppa and had space to voice any concerns about our own tasks, or just how we were feeling that day and I soon began to realise and experience what they were all about. They have a wonderful micro culture of care and kindness in the way they work together as well as the people they come into contact with and it was palpable. It was more than just being nice and getting things done, I felt a sense of the utopian ideals they were advocating for, human care before productivity and capital and a strong sense of value on individual creative processes. This worked. Shit got done and done well. 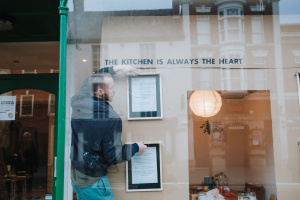 My job was to create signage for the open day where people were invited in for a meal, conversation and to really think about what food justice means to them. This space to just create within the setting of the buzz of creativity around me was lovely and slowed my mind down. People moved around and through the space and I listened and joined in convos. I witnessed worlds opened up on peoples faces as they spoke about their memories and experiences and I thought how this is how people understand what is important to them and what they want to take into the future and what they want/need to leave behind if we are to co create an essential and new way of living. That reconnection to self in those moments felt like lots of small but deep stirrings of hope and energy for a better, a radically better, future. Job done!

But job is not done, because we need that energy to keep burning and the hope to keep building strength.

The Bare Project will continue to build the rooms of The People’s Palace of Possibility in various places and spaces, but for the next 4 weeks (until the 16th January 2022) we have the window at the ArtBomb (60 Hall Gate, Doncaster) to keep us inspired, stirred up, asking the right questions about our future and  provoking imaginings particularly around the  future of food. 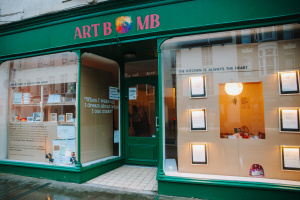 I look forward to seeing the next space created for The Peoples Palace Of Possibility. It is both gentle and powerful work that they bring, but it must be said that the relational way they go about their practice is just as impactful to the people they come into contact with.