The Bare Project has been running now for ten years, and I am delighted to have been part of it for the latest quarter of that. When I moved to Sheffield and very quickly went freelance I was terrified. Just moved to a new city, about to turn 30, and didn’t know anyone. I met Malaika by chance when we crossed paths on a different project, and she mentioned a wee job producing a show with communities along the canal. I applied like lightning, and fast forward a few weeks I was wandering along the canal with Malaika getting my boots stuck in knee-deep mud on our way to a meeting in Attercliffe. It wasn’t long after that I became The Bare Project’s Company Producer.

Of course, meetings like that were relatively short-lived: I joined in October 2019 and just a few months into post we were struck, as everyone was, by the pandemic. It was this moment though that was extraordinary. Lots of other projects, including some of ours, had to immediately stop. But rather than stepping back scared, it lit a bit of a fire in us. 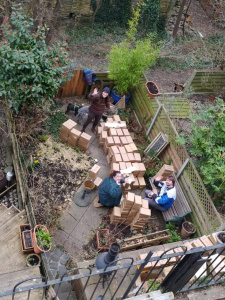 I remember the endless zooms talking about what we could do, how we could pivot, why it was still important to be making art that connects with people now. Rather than getting angry that an ACE app we had in was tossed when they repurposed funds, we reimagined what that project could look like during a lockdown, and how else we might fund it. With trust from partners to change our outcomes, and a small injection of cash from the Arts Council Emergency Fund, we created a postal show. We spent our lockdowns socially distant and outdoors but together: wrapping chalk, packing boxes, making audio walks and filming in my back garden or at Malaika’s allotment. It should all have been impossible, but this group of extraordinary artists dreamed it into reality, and because of that our project The People’s Palace of Possibility has connected with over 600 people in 8 different towns and cities across the UK, in their own homes. Together with all these communities – or Palace Citizens as we called them – we built the Palace Archive, an incredible digital time capsule of hopes and fears for our society during these times. Surprisingly, it’s not really a snapshot about covid, it goes much wider than that – people spoke of hopes for youth, fears for the climate crisis, hopes for global ideas, fears for violence against women and girls, hopes for neighbourhood organising, fears for politics tearing us apart. People made pavement policies with chalk, resisting oppression or fighting for shared resources and universal basic income. We didn’t all agree, and that’s the beauty. Explore the archive here. 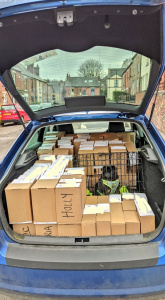 I have met so many wonderful friends through The Bare Project – other members of the core team and now friends for life Joe, Lee and Sally, Associates Sarah, Bethany, Will and Joe, and all the many many artists and community leaders we have crossed paths with over the last two and a half years. But a little bit of this blog had to be dedicated to Malaika Cunningham, founder of The Bare Project and around since Day 1. She will be annoyed that this blog about my leaving is centred around her – but it goes without saying that she’s a force for good in a city that all too often ignores culture. She helped build the Sheffield Creative Guild, she started What Next in the city, and she kept The Bare Project going for a decade despite all sorts of challenges during that time – while completing a PhD! It’s not easy to be a small, project-to-project, artist-led theatre company. We still have no core funding. It takes immense determination, commitment and imagination to take it as far as she has – and it feels like things are just getting started. Malaika has also been a constant in my life since our first meeting. Going above and beyond our work relationship, she has also become a close, and extremely valued, friend. Last year when I had to take a back seat and big chunks of time off work to support my Mum through cancer treatment, she didn’t even blink about any of the work stuff before asking how she could support me as a friend. We’ve volunteered at forests, got lost by canals, drunk too much on camping chairs in parks, planted seeds, wrestled budgets, played ball with dogs on rainy beaches, cooked curries, chased the Northern lights, and packed many, many, many, many, many boxes and envelopes together. I know the dinners and fires and pubs and dog walks won’t stop here, but I will miss working beside her every week more than she will know.

My proudest achievement at TBP has probably been securing £24,998 from the Arts Council for organisational development for the company. It helps TBP with a year of security and support, and includes R&D and dreaming time as well as structural development and training. The company that emerges will not be the same company that began this journey – many of the values will be the same but this money and time equips TBP to take the next step as an organisation, and think long-term. I’m delighted to have been a part of making that happen. I’m talking like it’s the end here, but it’s absolutely not. The Bare Project have SUCH exciting plans for the future – for developments of The People’s Palace of Possibility, the finale of the canal project, and so much more. All while continuing to be democratically artist-led. They’re a marvel, and in many ways the future of theatre – keep a keen eye on them! I’m also not completely going away – I’m stepping back from the Company Producer role and from the core team, but will continue to be an Associate Artist with TBP on a freelance basis. They can’t get rid of me that easily!

My main reason for leaving is because I had one big dream when I moved to Sheffield – to build an arts centre for and with a community who want and need one – and it’s something I’ve been slowly but steadily developing since 2019. In February 2021 I finally launched RivelinCo, a neighbourhood arts centre without walls, and this spring we launch our long-term collaborative project in Hillsborough Park: Gathering Ground. GG comprises 4 spaces – a pavilion, a makers’ shed, a coach house and a walled garden – and it is collaboratively managed by 4 partners: RivelinCo, Age UK Sheffield. Depot Bakery, and the Friends of Hillsborough Park. It’s a huge and exciting experiment in neighbourhood-centred collaborative cross-sector community assets, which we hope may lead to a more holistic approach to community wellbeing in our area, improve access to culture, reduce the risk of social isolation in Hillsborough and North Sheffield, and inspire similar collaborations elsewhere. This Spring is also when I can finally start taking a part-time salary for this work, so it is the right time to scale back on freelance commitments. I love The Bare Project with all my heart, but I know they will also be a big part of RivelinCo and the projects we deliver over the coming months and years. If you’d like to know more about RivelinCo you can read my blog about starting the company here or visit our website here.

I’m still around with TBP sporadically for a few more weeks as we finish handovers, so please get in touch if you need to – after that it’s probably best to contact Malaika for TBP business. I will never forget my time working with this special group of artists. I’m so excited about their future, and am so looking forward to working together in different ways for a long, long time to come. Thank you for having me, TBP. Over and out. 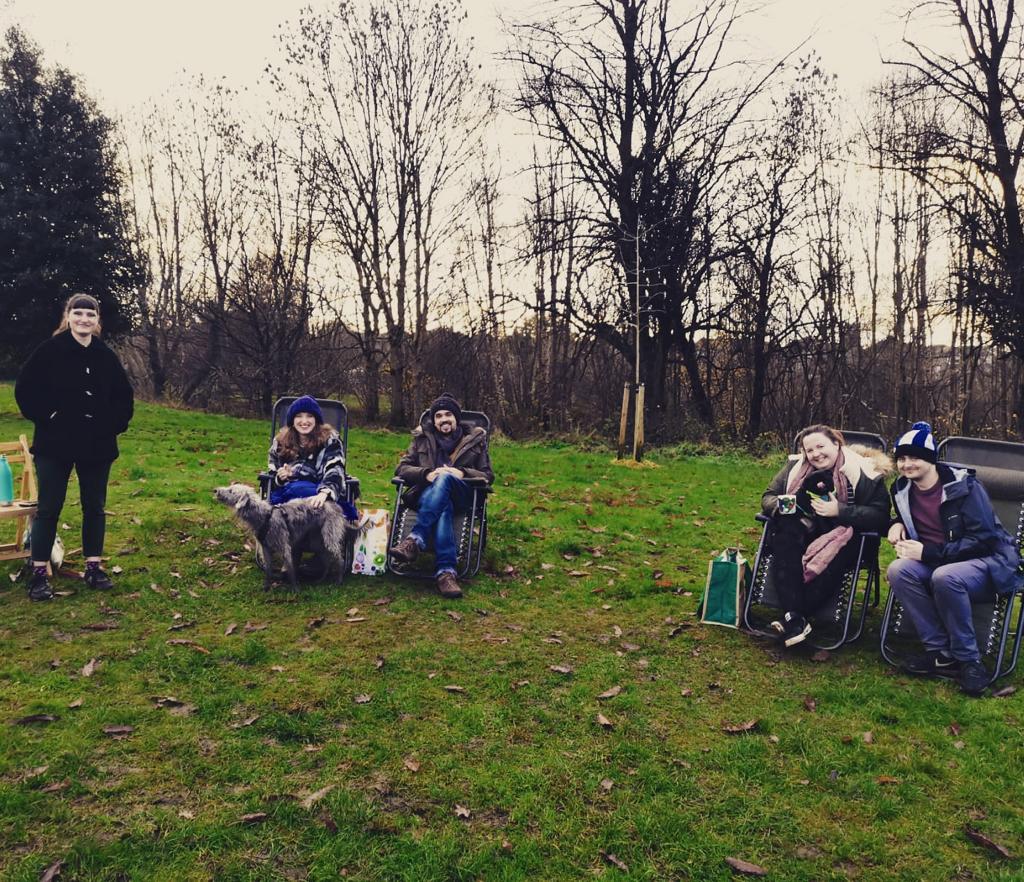