At a Death Café, people gather to eat cake, drink tea and discuss death. There is no agenda, objective or theme – other than death. It is not a grief support group or counselling session, it’s just an opportunity to discuss death, with cake.

Something which comes up a lot in these sessions, and in many of our discussions around Bardo, is that – in Western society and maybe particularly the UK- death can be taboo. It is kept out of polite conversation and we come up with all sorts of euphemisms to discuss it: ‘They passed’; ‘Gone to a better place’, or if we are feeling like gallows humour, ‘Snuffed it’, and ‘Kicked the bucket’. We don’t to say ‘they died’ if we can help it – because we don’t know where to go from there. My mum’s mum died when she was 17. My mum describes the sense of loneliness she felt afterwards, not only because she had lost her mother, but because none of her friends wanted to talk to her. They didn’t have the language to discuss this death and were afraid of getting it wrong, so, they just avoided her completely.

Bardo is a piece about death. It is also about isolation – particularly the many forms of loneliness that spring up around death. We felt that the social space of the Death Cafes offered a kind of antidote to the isolation of Bardo in the piece. The term ‘Bardo’ refers to the Tibetan Book of the Dead, and the state between lives: after death and before re-incarnation. It is a place and a state of being which is outside the world. It is a lonely place.

We need to be better at talking about death as a society if we are to make death less lonely. Mortality is a fact of life and whether it’s coming to terms with our own, or that of our loved ones, we need to find ways of talking about it. That’s what Death Cafés are all about. We hope that by touring them alongside Bardo, we can start some of these conversations and maybe, for some, make death seem a little bit less lonely. 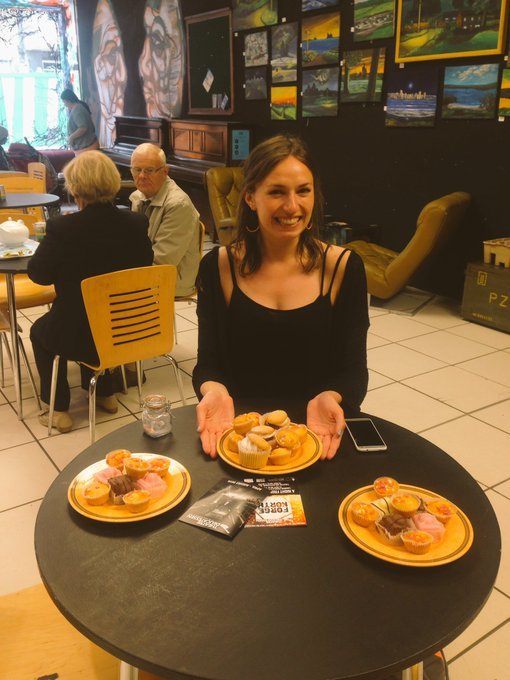