A year in the Hinterlands 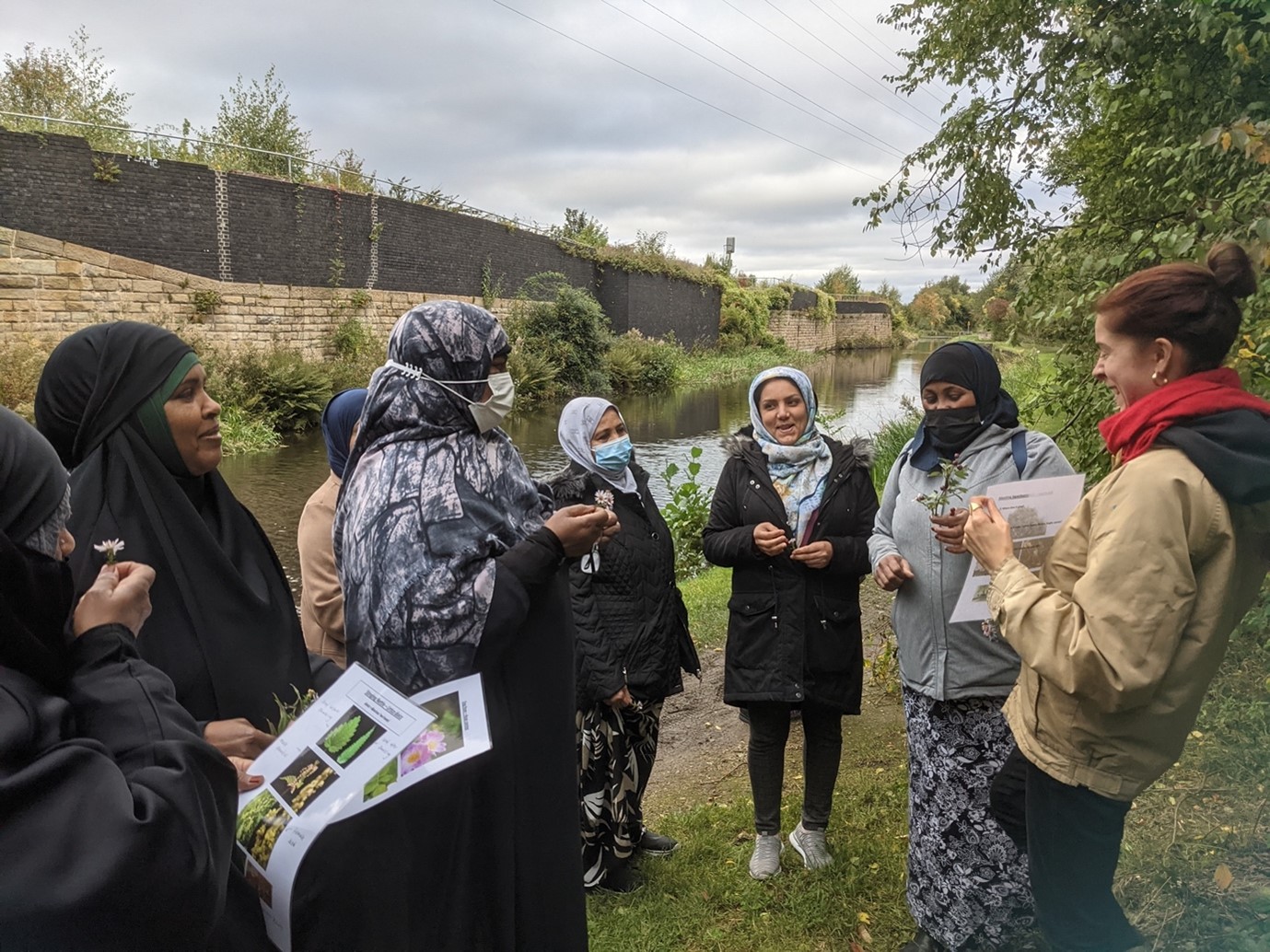 Posted at 12:09h in Uncategorized by Bare Project
Share

As we draw ever closer towards the spring with unusually bright blue days and sunshiny skies, it brings with it both a time for reflection and pause.

Last April saw me join the brilliant team at The Bare Project as the Community Producer on a (still mysterious to me) project called Hinterlands. At that point all I knew was that this was a project funded by The Canal and River Trust and Arts Council England, and that it would work with the communities that live and work along the Sheffield to Tinsley canal towpath by delivering workshops, activity and a variety of events over two years, culminating in a large-scale celebratory performance in September 2022.

So, here I am almost a year later with a chance to think about some of the highlights (of which there have been many) that this project has brought over the last 8 months.

With foraging walks taking place along the canal there was regular opportunity to work outdoors and get to know some of Sheffield’s hidden natural beauty that surrounds the canal. 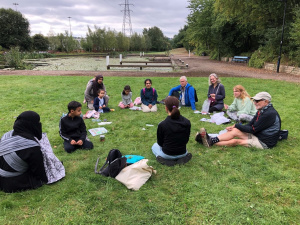 Guided by Aimée Georgiou Lormand, who’s experience lies in community food growing, permaculture, foraging and Herbal Medicine, we gathered monthly to walk the towpath discovering together the plants that grow there and the healing nourishment they can provide as well as the dangers some may hold. Through these drop-in sessions we met with over 70 people; young people from our writing & music workshops, Norfolk Park and Arbourthorne Men’s Club, women with experience of migration from Darnall, local families, a home-school group and students. Every month as the landscape changed so did the group along with the experiences and knowledge that they held. I was constantly amazed by just how much people knew already, the childhood memories that the plants evoked and the instinctual connection to nature that we all hold within ourselves.

During the summer we recruited two rather brilliant Community Events Producers; Saada and Valentine, to imagine, plan and deliver an event in their local community with the support of our creative team. With a budget and a brief to produce an event that in some way linked to the Hinterlands project, they set about planning their events. On October 29th Sheffield was delighted to receive the Little Amal who arrived at Victoria Quays as part of the incredible Walk With Amal project by Good Chance. How fitting that a few miles along the tow path Saada was hosting a cultural celebration bringing women from Syria, Afghanistan, Egypt, Ethiopia, Somalia, Iraq, Kuwait, The Sundan, Jamaica, Greece and the UK together to share food and dance from their perspective countries.

Here are some words from Saada:

‘This event was about ladies integrating and socialising with each other as they are all from different backgrounds and ethnic groups. I decided to run this event because I thought it was very good for the ladies to learn about people’s backgrounds and the kind of food and dances from their backgrounds. The kind of dances performed in this event was from 4 different backgrounds; the first was a Somali dance, the second was an Afghanistan dance, the third one was an Arab dance and the last one was an Ethiopian dance’

All the dances were a joy to watch, and it wasn’t long before we were all up on our feet tr 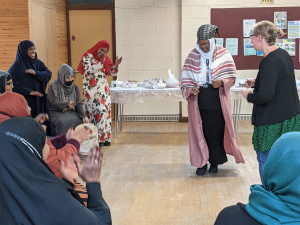 ying something completely new together. I can’t begin to describe the joy felt in the room, not least because it followed 18 months of disconnect due to the pandemic. And then came the meal. Delicious dishes presented from all around the world. Food and dance and laughter and talking, and what was very much a collective effort, made this a day that will stay with me and those who shared it for a long, long time.

‘The event was very good and well organised and arranged beautifully I personally enjoyed very much we met lot of people from different nationalities and different cultures I enjoyed dancing and chatting, and we laughed a lot that day’ Safia Suguleh

It is entirely down to the incredible relationships that Saada and Darnall Well Being have already established that this event was so well attended, and everyone remarked that it is something that they would love to do again… Which brings me on to this year; what lies ahead?

We’ll continue to do monthly foraging walks along the canal, host creative workshops and Saada and Valentine will be hosting a very special event again this summer. As autumn creeps in we’ll be readying for a spectacular feast with film and performance co-created with the community groups with had the privilege to work with over the past two years.

There are so many ways to get involved this year and the best way to be the first to find out about workshops in writing, animation, foraging and much more is to email sally@thebareproject who will pop you on the mailing list.

We are currently recruiting two roles on this project – a Moving Image Artist and a Set/Spatial Designer.